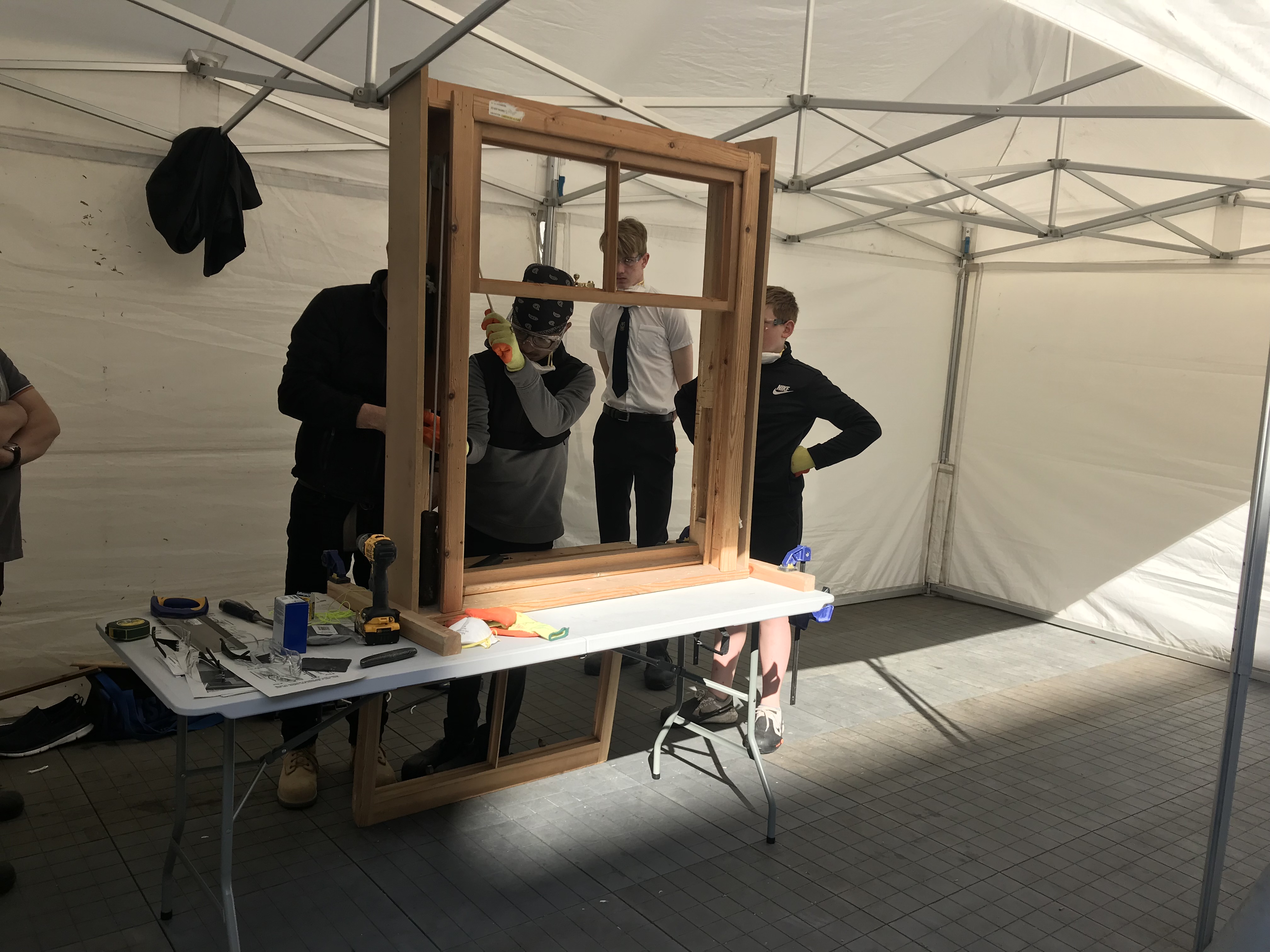 The Edinburgh Traditional Building Forum organised a traditional building skills demonstration in the quadrangle outside Edinburgh City Chambers which took place on 13 & 14 May 2019 with demonstration of roof slating, stonemasonry, painting & decorating and joinery. 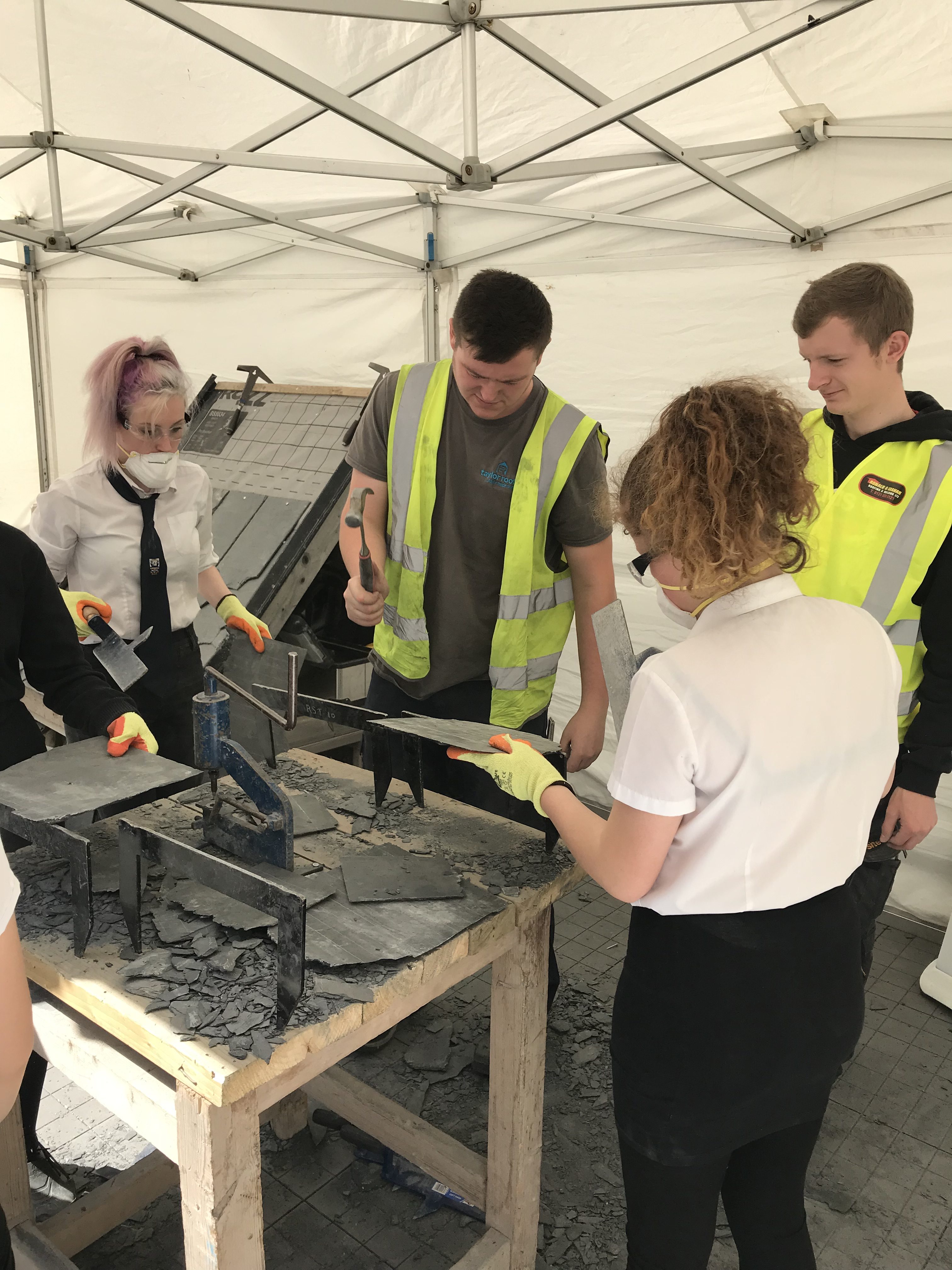 School pupils from Edinburgh came to the City Chambers and received mini-masterclasses from local apprentices and tradespersons in the trade being demonstrated. 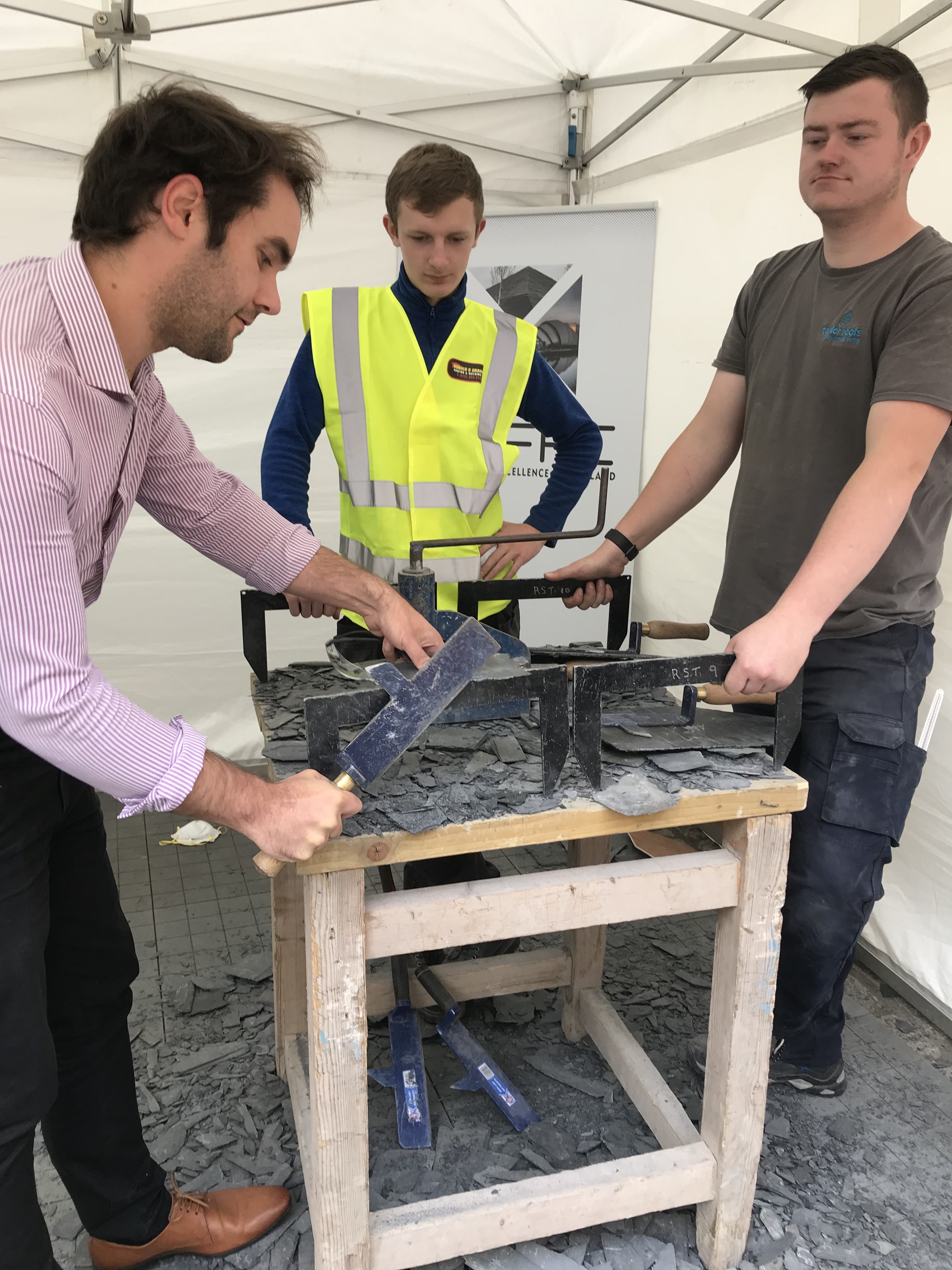 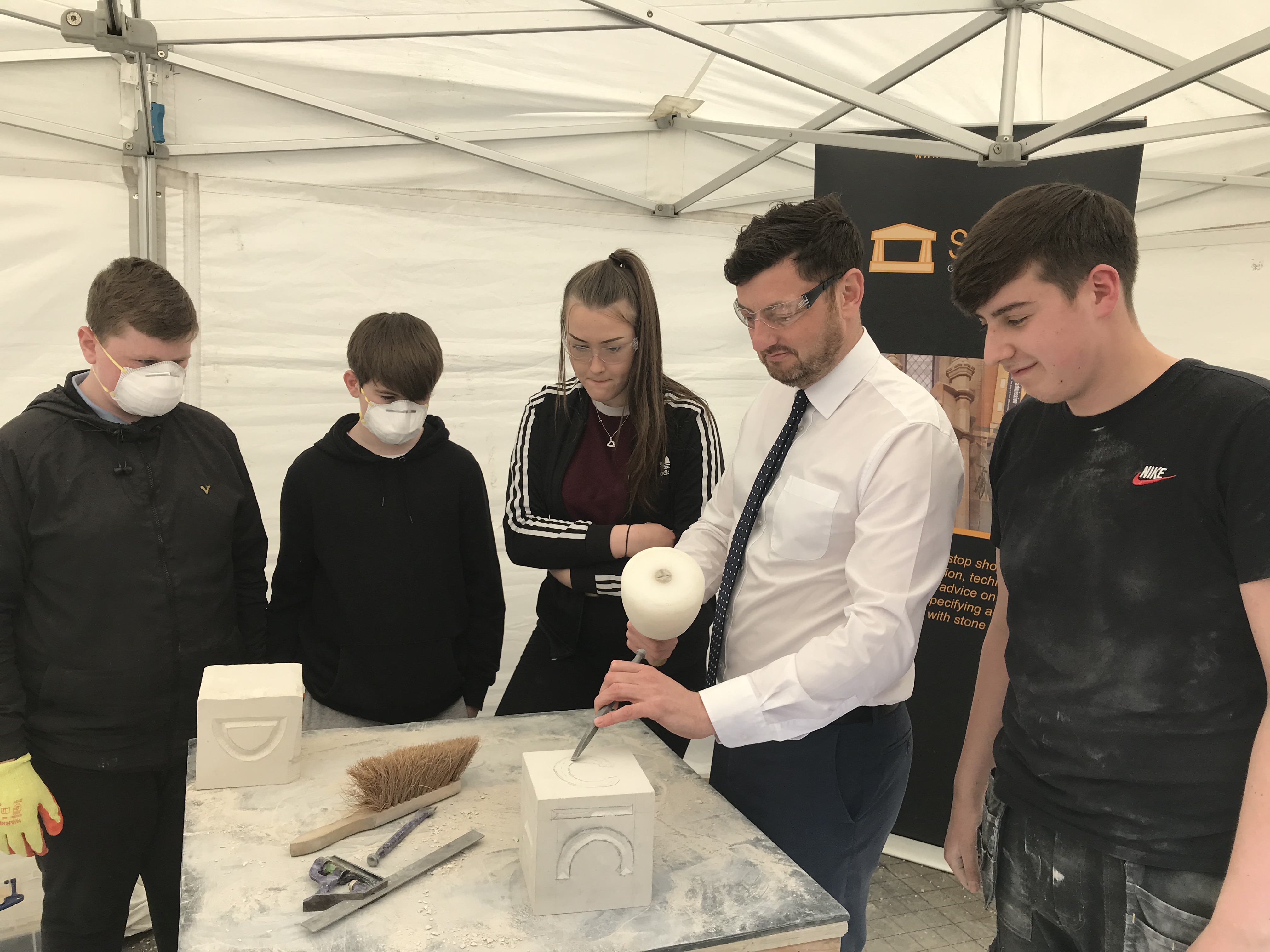 There was also an Information Tent to help homeowners who had queries on how best to repair and maintain their traditionally built homes and the missing share service provided by City of Edinburgh Council.

These events are part of the larger Inspiring Construction programme, which aims to attract more school leavers to the sector by informing young people and their parents, teachers and career advisors about the huge and diverse range of careers available in construction, and importantly, how to access them. From professions like architecture, engineering and surveying to the more traditional trades like joinery and stonemasonry, this industry has something to suit everyone.

Inspiring Construction works in the principle that there needs to be sufficient, and skilled, workforce across the whole supply chain to ensure the construction industry is effective and efficient. These traditional building skills events play a key role in raising the profile of construction as a career of choice to the next generation.