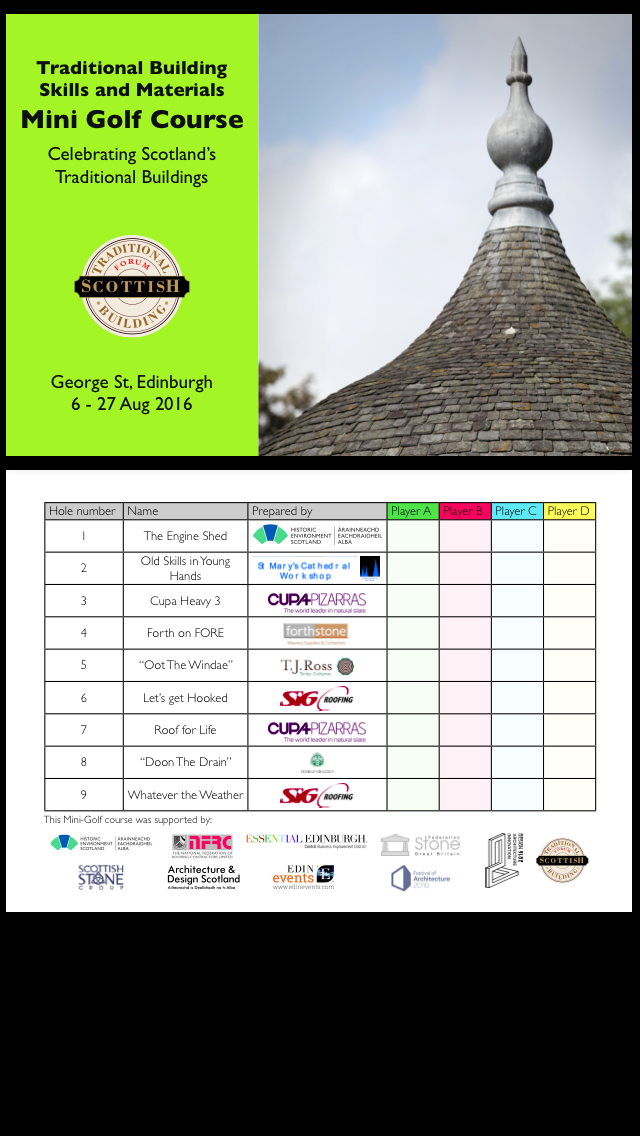 The Scottish Traditional Building Forum decided to try something new this year to promote traditional building skills and materials to an audience which might not normally attend events on the subject. 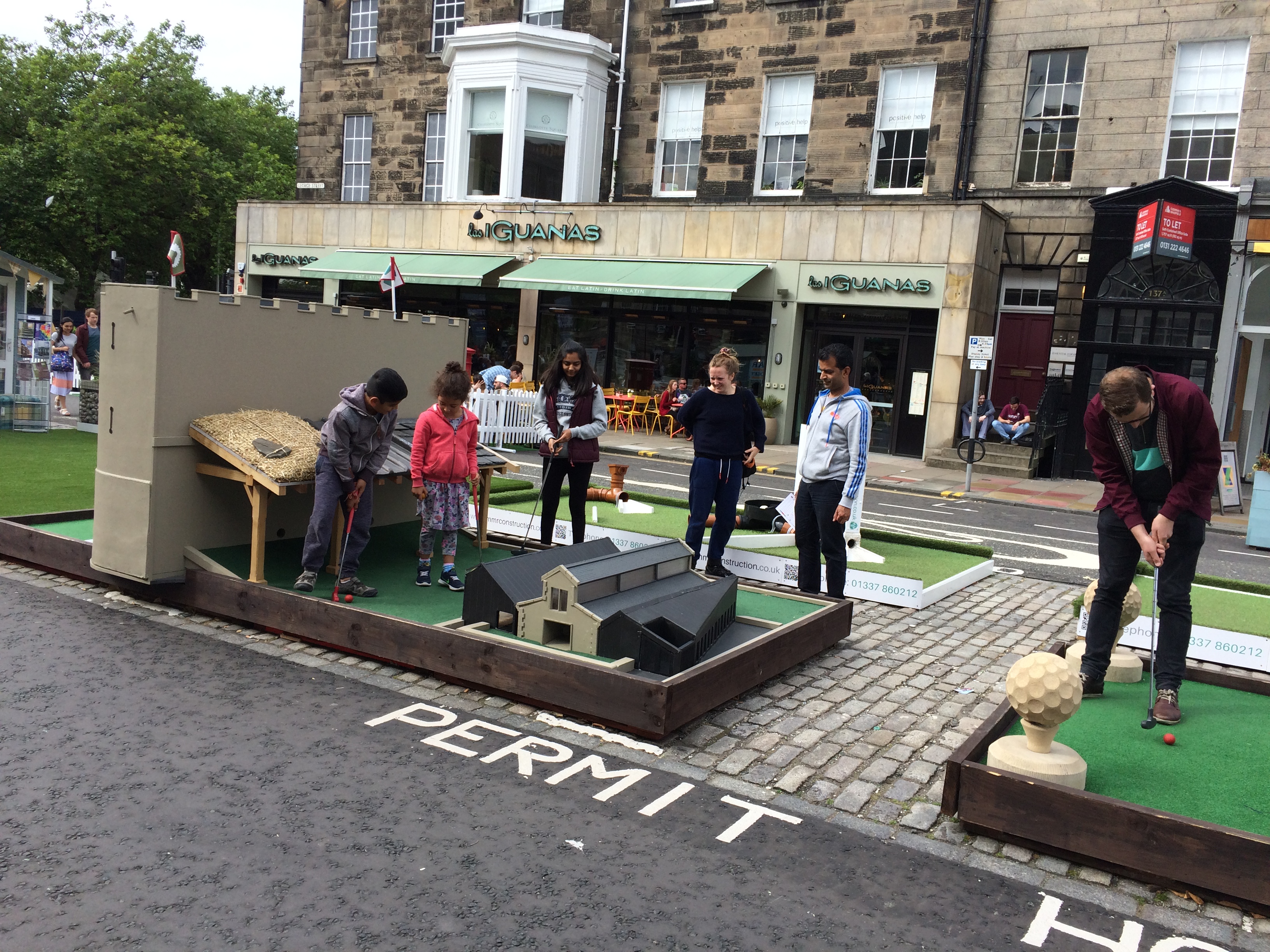 We teamed up with Essential Edinburgh to build a mini-golf course using traditional building skills and materials as obstacles and this was featured on George Street, Edinburgh (in the heart of Edinburgh) during the Edinburgh Festival.

The idea being to bring roofs, windows, stonemasonry and other details down to ground level for children and their parents can interact with in a fun way while highlighting these skill and materials are still hugely relevant. 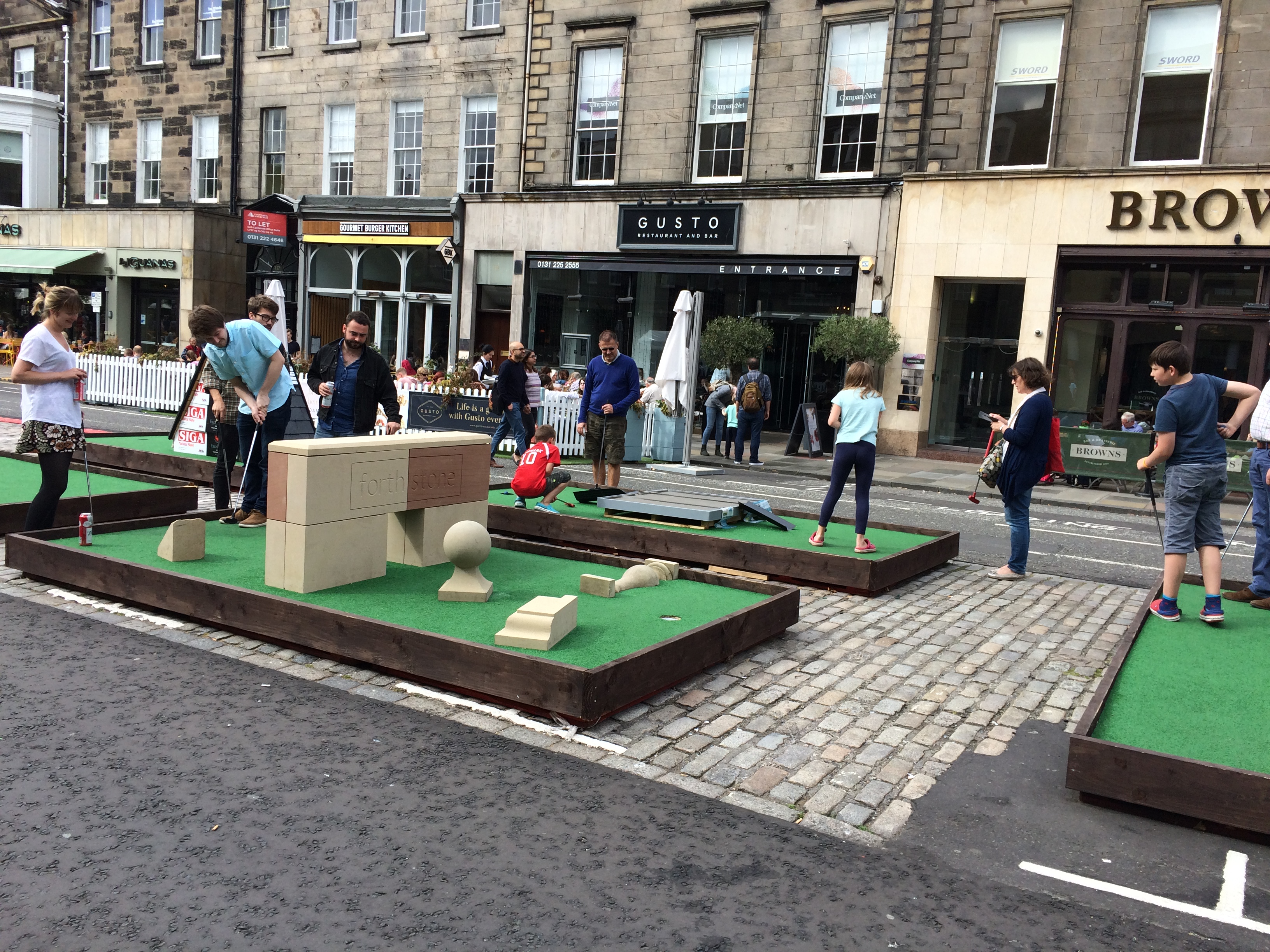 Euan Leitch (Director of Built Environment Forum Scotland) opened the event and was joined by several of those who had been involved in preparing the golf holes and features.

The mini-golf course was extremely busy throughout the Festival and generated a lot of interest with several other groups interested in featuring it at future events, so watch this space for other opportunities to break par.

Edinburgh Traditional Building Mini-golf Course
That the Parliament welcomes the traditional building mini-golf course, which was part of a wide range of events coordinated by Essential Edinburgh throughout the Edinburgh Festival Fringe; understands that the mini-golf, which was on George Street, showcased a range of traditional building skills and materials in an innovative and interactive way; notes that it was a collaboration that was organised through the Edinburgh Traditional Building Forum and was open to the public for enjoyment and advice; understands that it aimed to highlight the importance of having skills in the repair and maintenance of traditional buildings, and believes that the course encouraged interaction with such skills that promoted them to a younger audience. 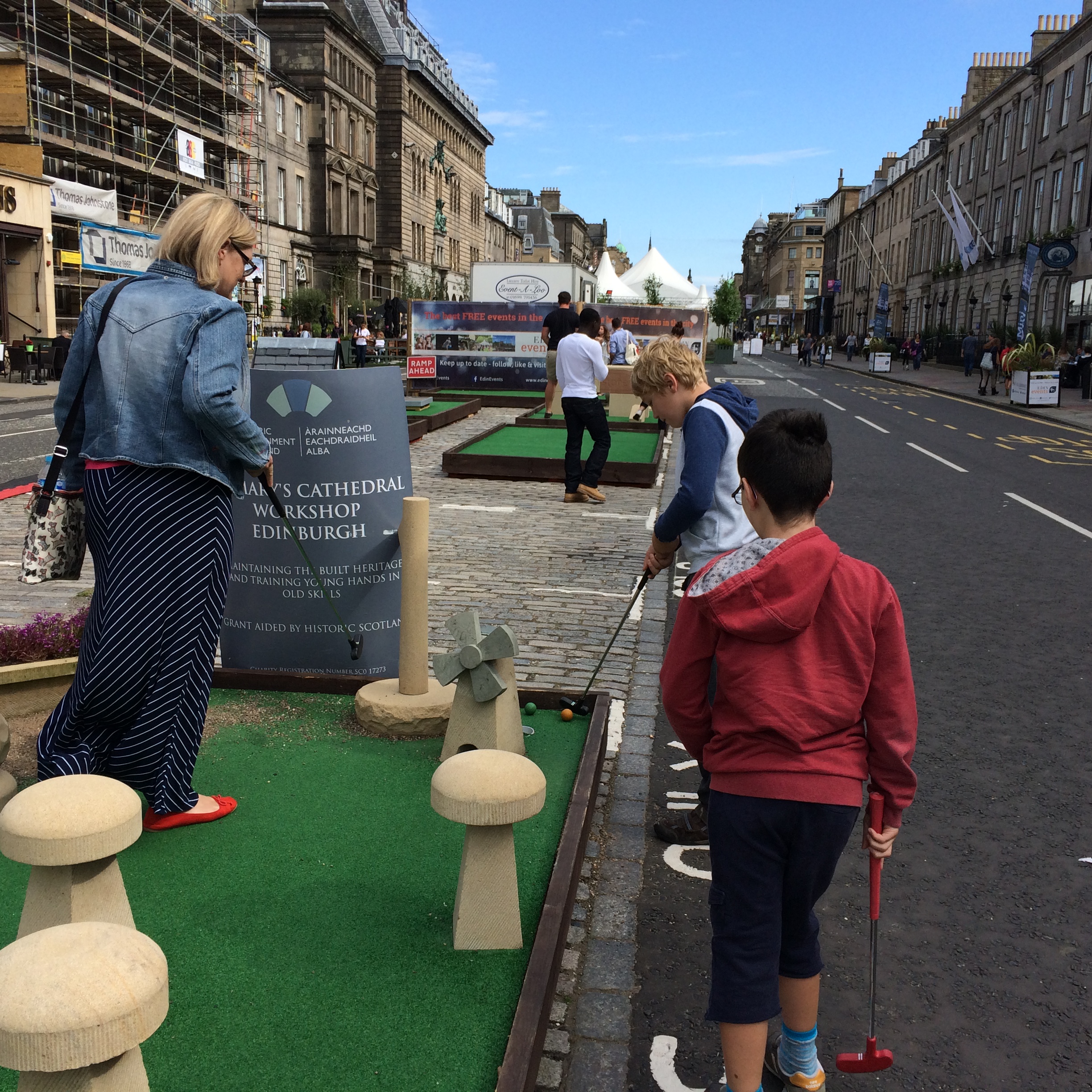