The Scottish Traditional Building Forum held a Scottish Parliamentary Reception in the Garden Lobby on 21 November 2017.

The event was organised to raise the profile of the traditional building skills demonstrations that STBF had delivered during the year and highlight the importance of vocational training in schools.

The event was sponsored by Gordon Lindhurst MSP who is an MSP for Lothian and has been a great supporter of STBF activities including the traditional building skills demonstrations. Gordon has attended these demonstrations and taken time to chat to the apprentices undertaking the demonstrations and the school children who were given the opportunity to try these skills out. Gordon has also tried his hand at the traditional building skills after a mini-masterclass from the apprentices at the event. 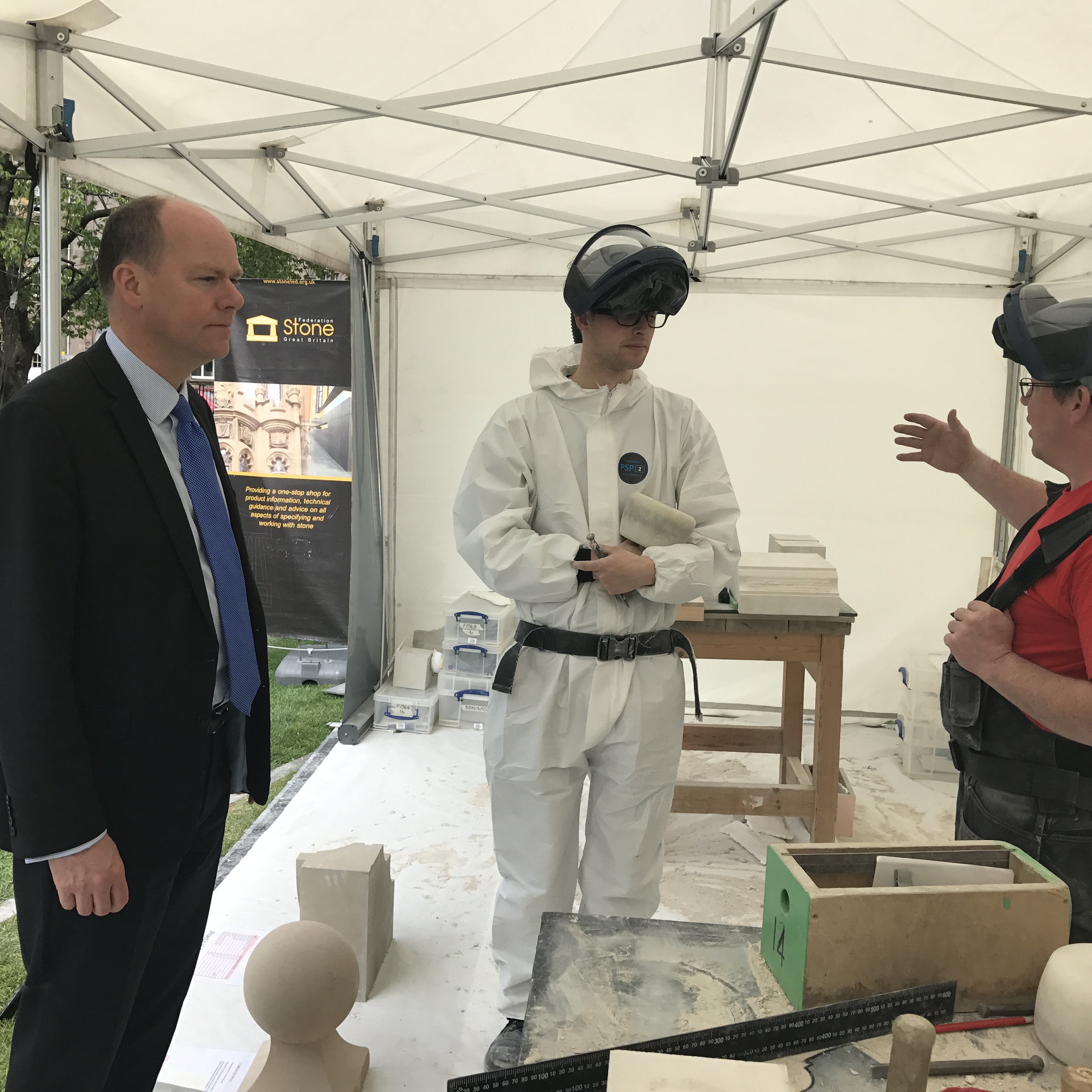 Ray O’Neill, Head Teacher of St Modan’s High School in Stirling, said that members of the school had attended the traditional building skills demonstration in Stirling and had thoroughly enjoyed the experience. They now had a far better understanding of the potential construction career options open to them and several had expressed interest in pursing construction as a career of choice. St Modan’s High School continued to work with the Scottish Traditional Building Forum and would be piloting a course called “Roofing in the Classroom” before the end of the year.

Finn McMillan, an Apprentice Stonemasonry at St Mary’s Cathedral Workshop, outlined his career path which included going to Edinburgh University and getting a First Class Honours Degree before starting his Stonemasonry Apprenticeship. Finn highlighted that school children who were academically inclined were often encouraged to go to university when it might not always be the right path for their future careers. He also referred to the twin aims with which the Workshop was founded were the restoration of the Cathedral and the provision of training in the skill and crafts associated with the maintenance and restoration of historic buildings – Young Hands for Old Skills – and these remain the Workshop’s priorities.

MSPs were given the opportunity to meet and discuss the experiences of the school children at the traditional building skills demonstrations and see some of the work they did at the events.

The school children were then invited on a short tour of the Debating Chamber which was in high demand and well received by them all.

Others took advantage of the opportunity to network and enjoy the refreshments. 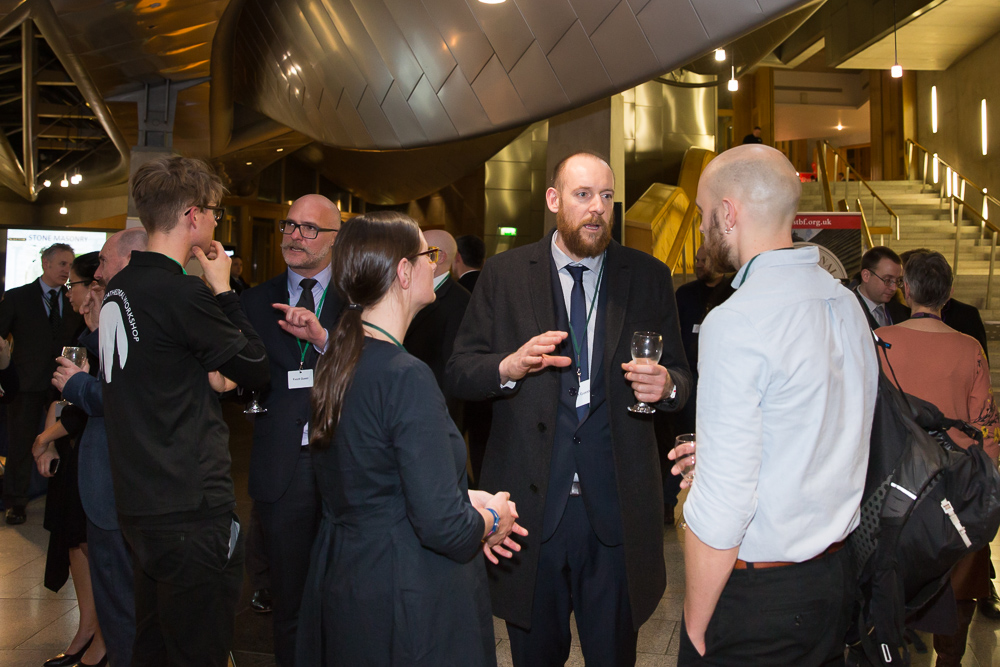 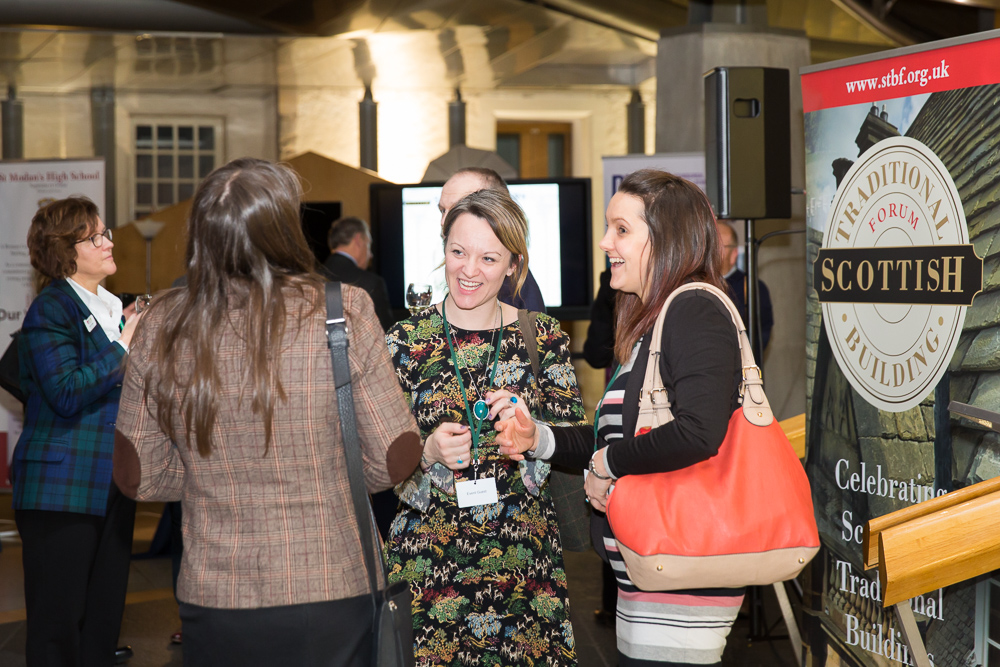 As with all STBF events, the success of the event was due to the support of forum members who all donate significant amounts of time for the benefit of the industry.