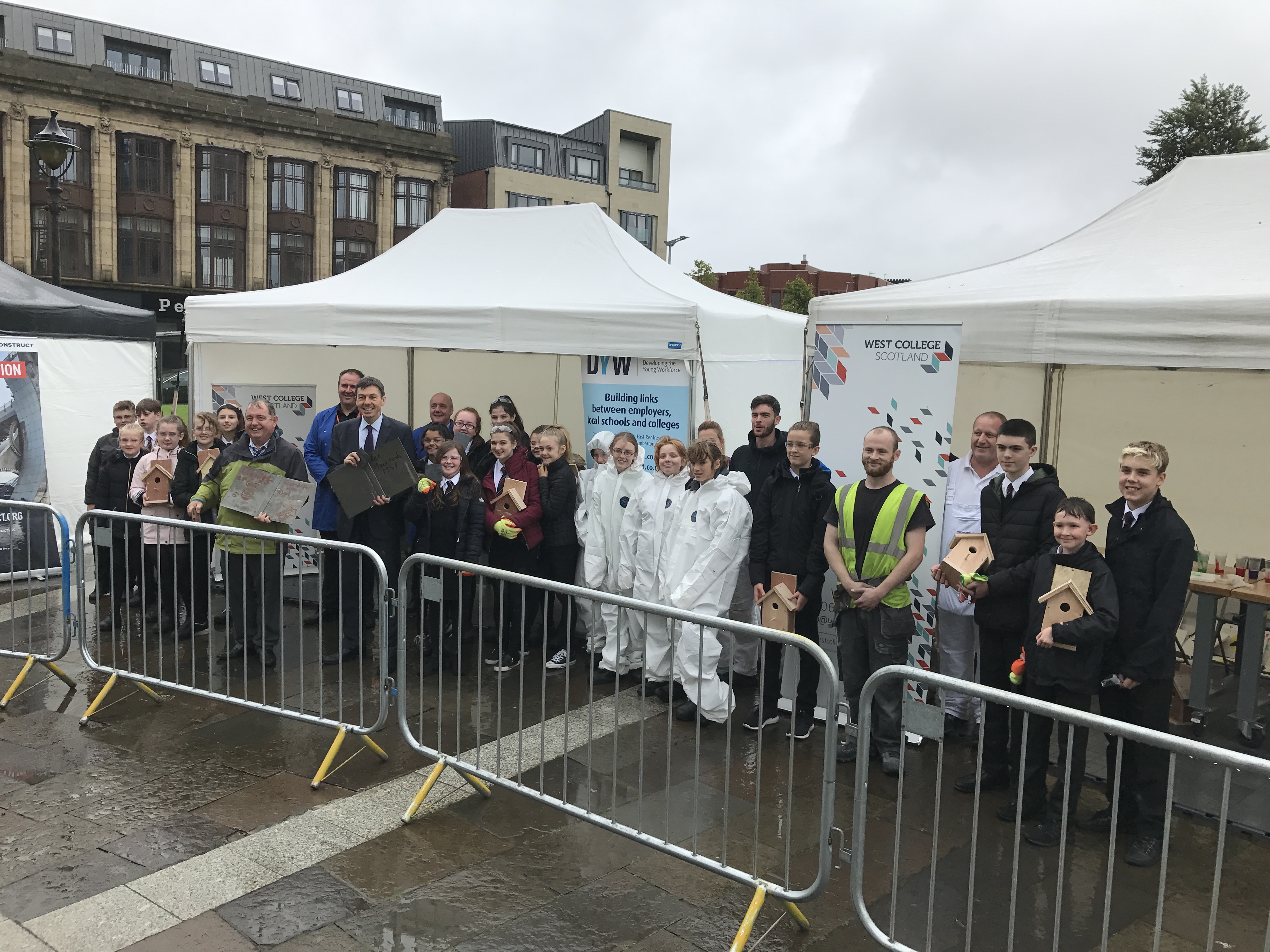 The Scottish Traditional Building Forum held a well received traditional building skill demonstration in the centre of Paisley on 4 & 5 September 2017. 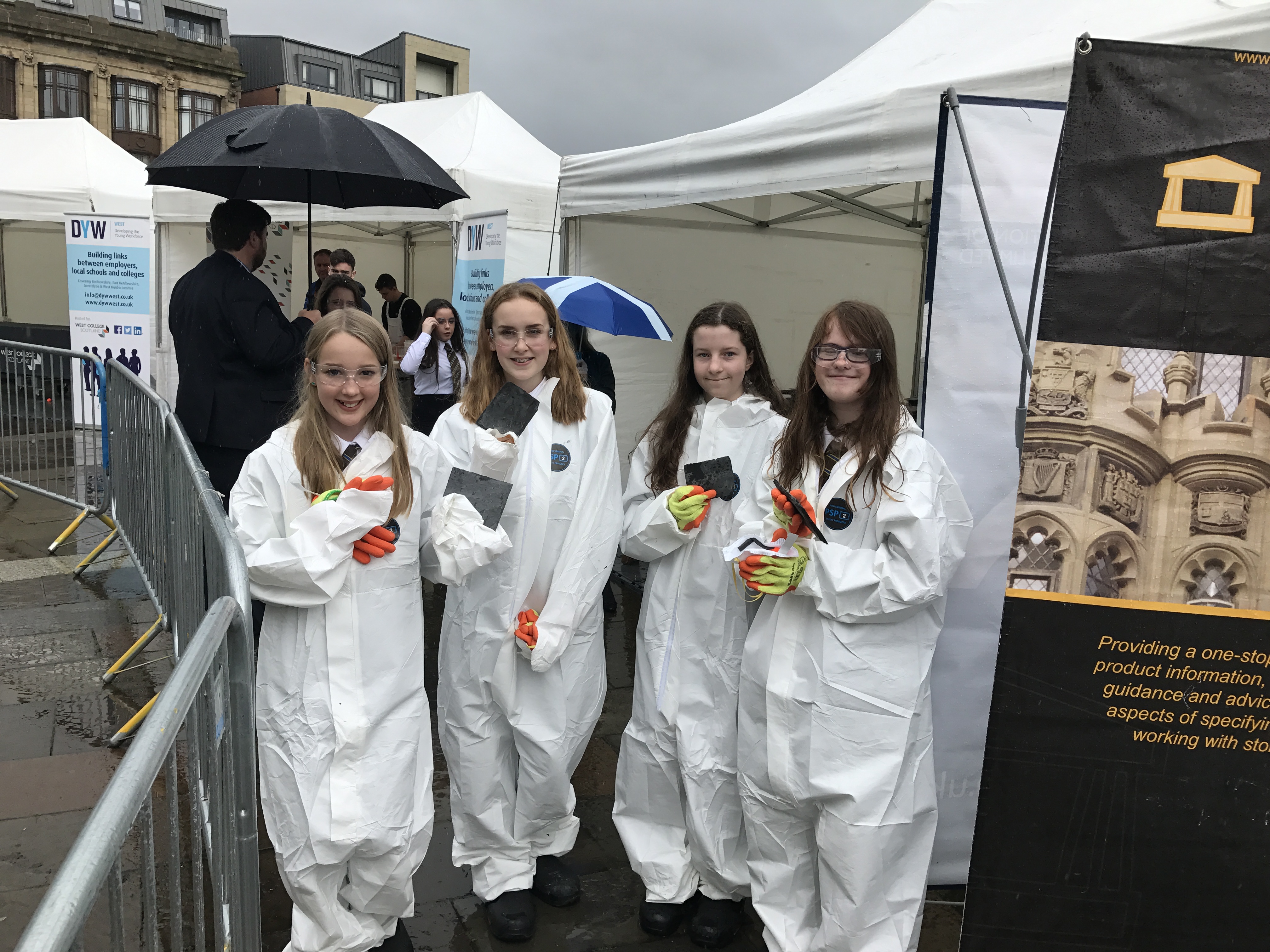 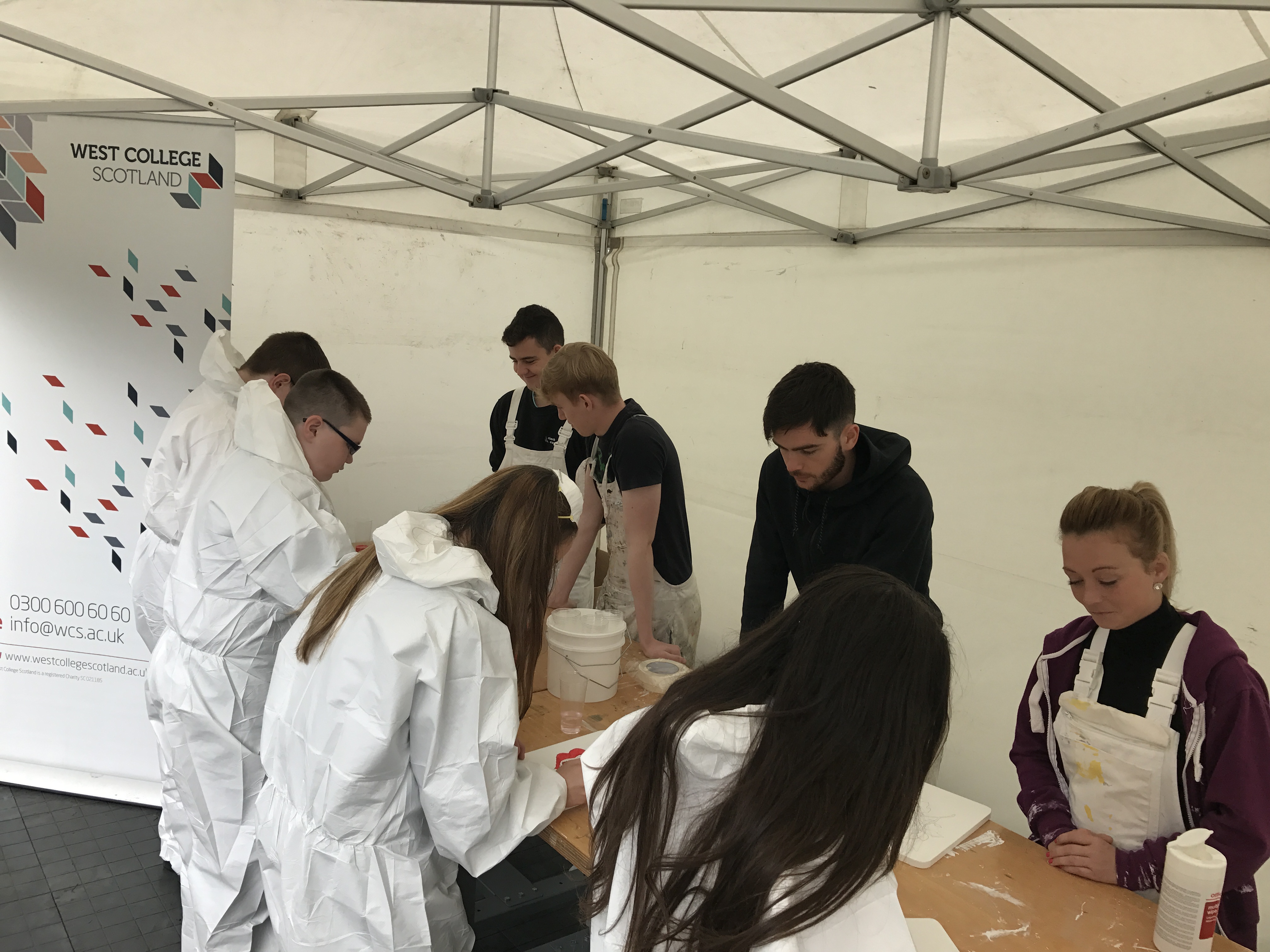 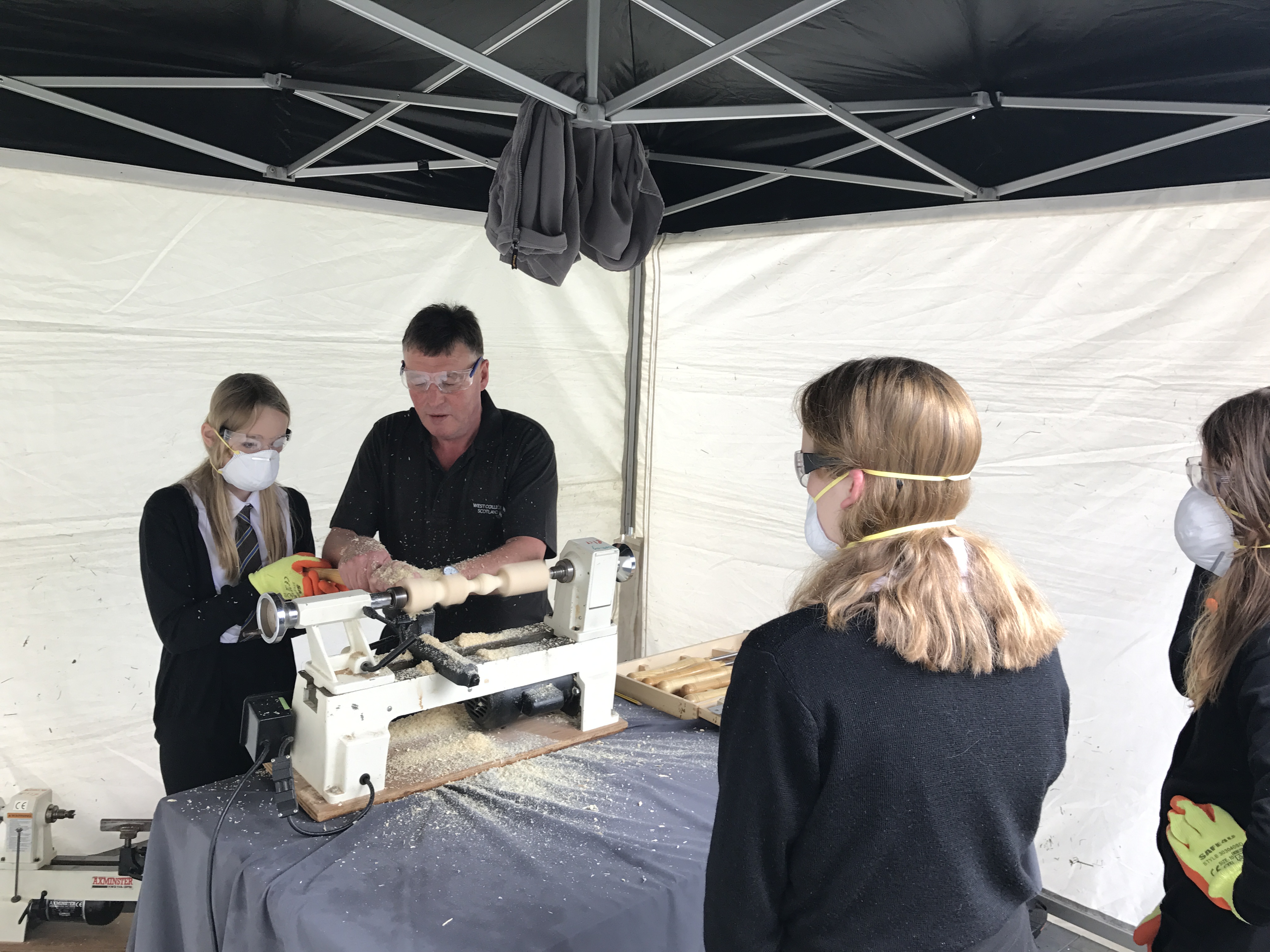 School children, and teachers, from across Paisley came and were able to have a go at the traditional building skills being demonstrated by local tradespeople, West College Scotland and Historic Environment Scotland. The skills on demonstration were roof slating, stonemasonry, painting & decorating, joinery and lead roofing. 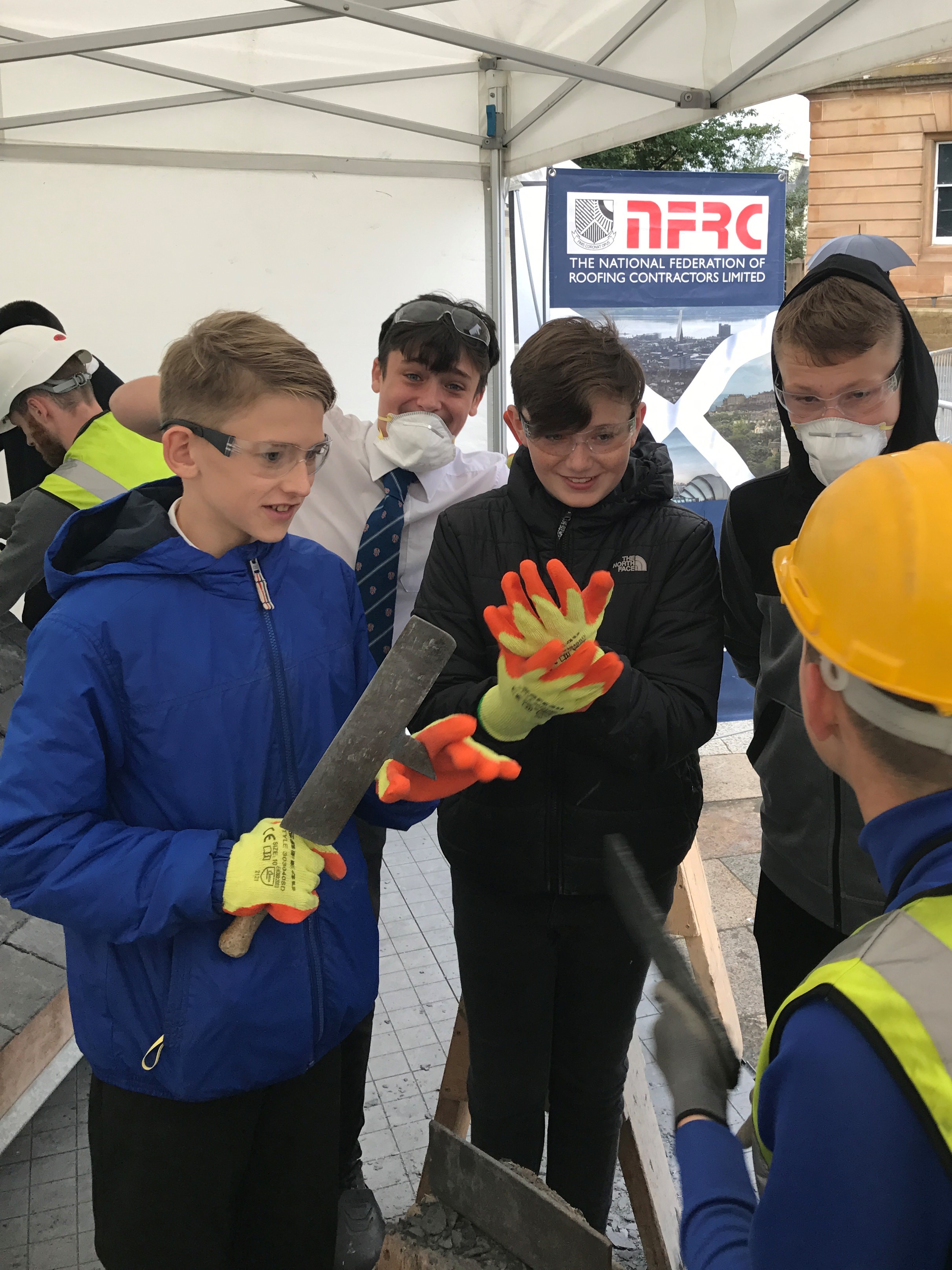 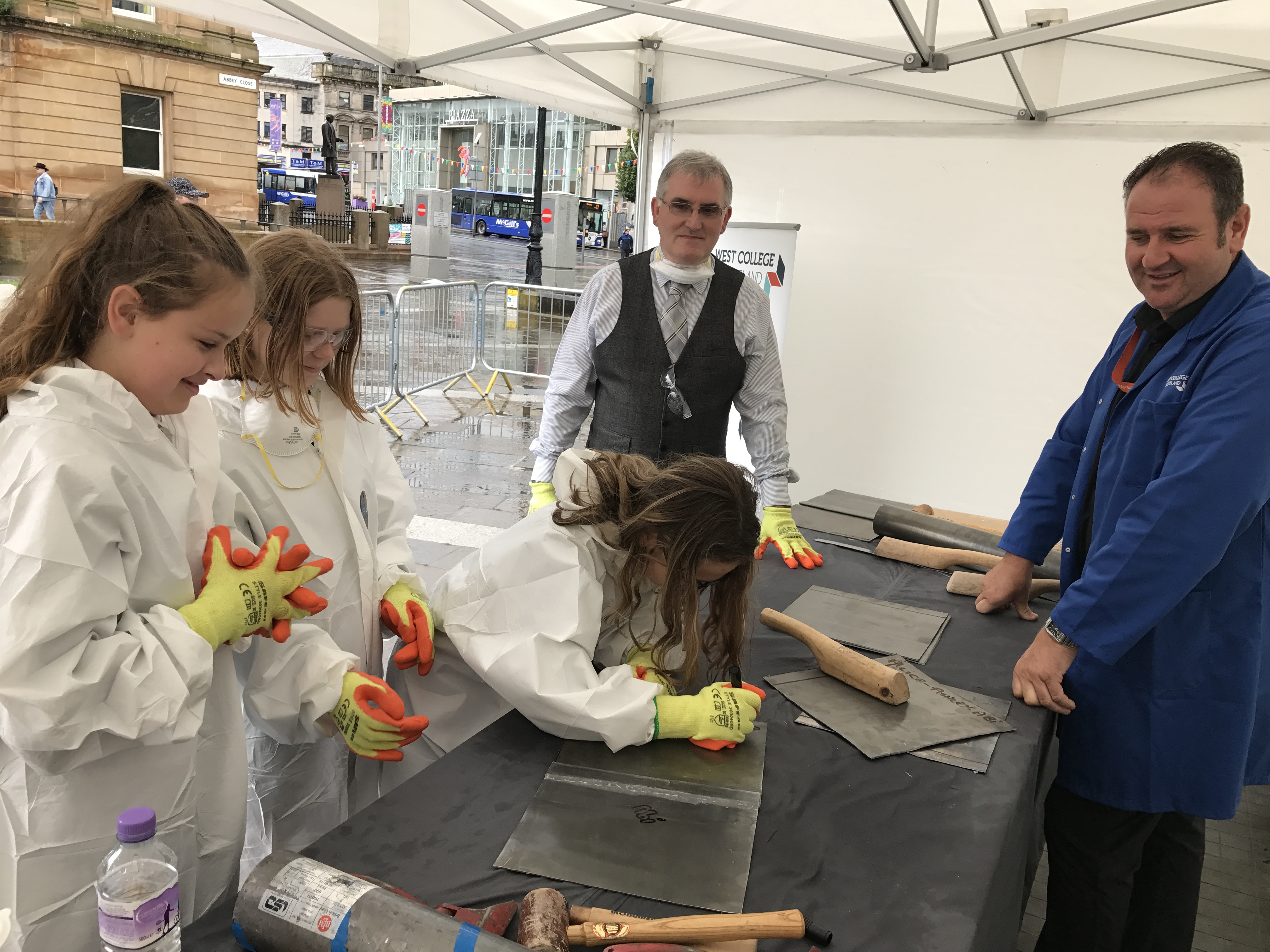 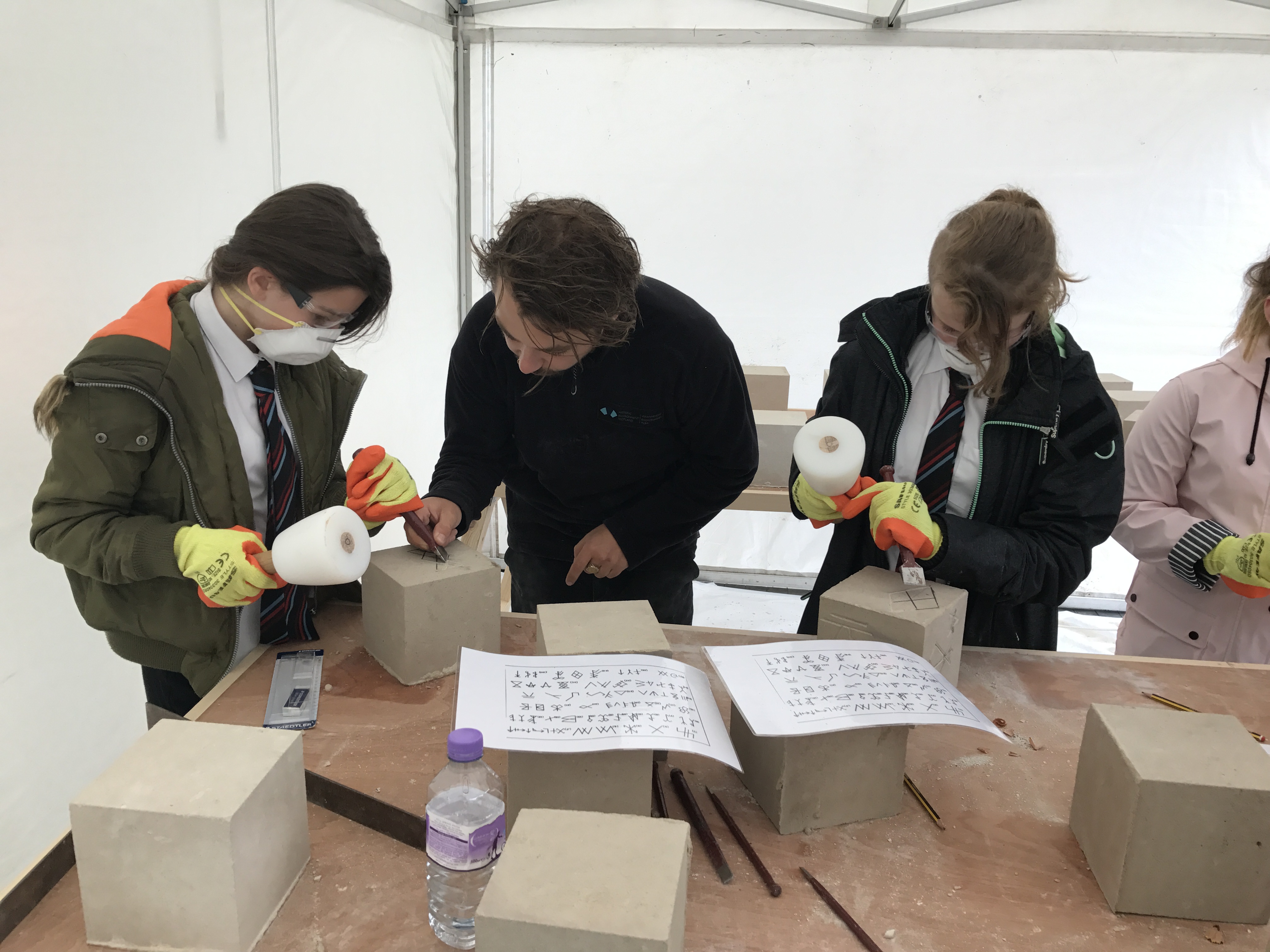 The event was organised to raise the profile of the career available in traditional building sector as well as providing information and guidance to homeowners interested in repairing and maintaining their buildings.

The event was also visited by a couple of local MSPs, Presiding Officer Michael Macintosh MSP and Maurice Golden MSP. As with the school children and teachers, the politicians were invited to have a go at the traditional building skills which was a bit of a change from their day jobs. 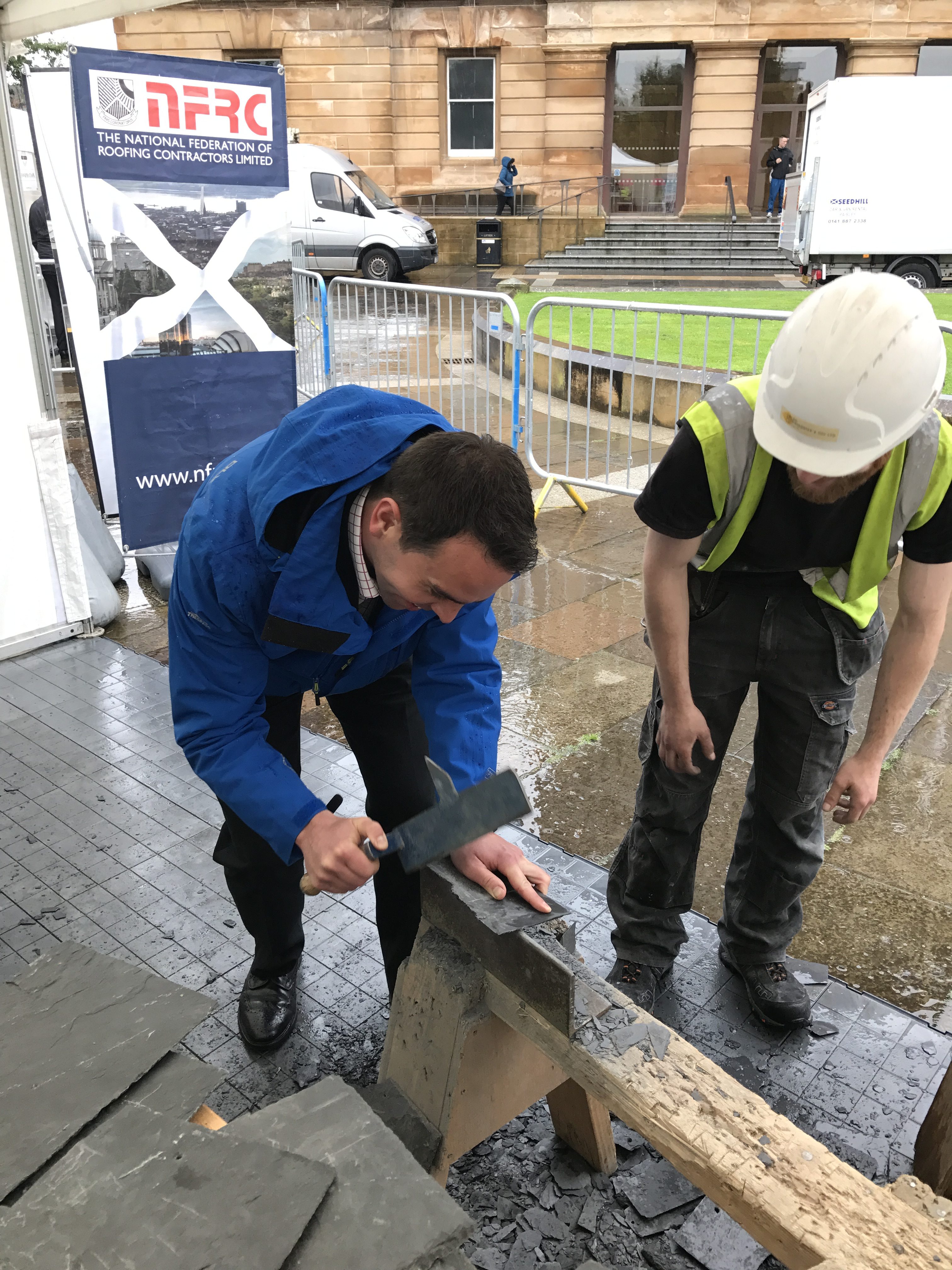 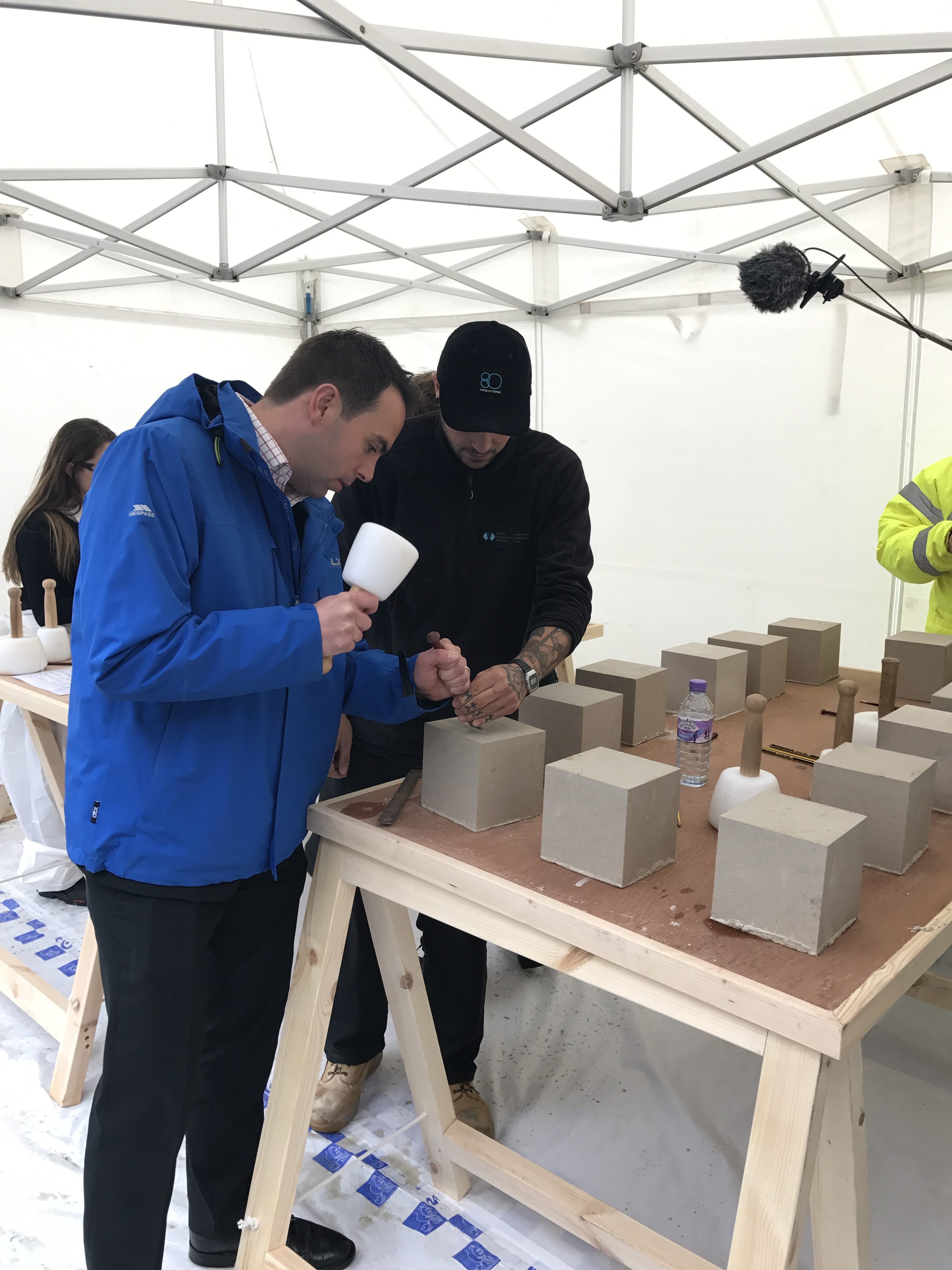 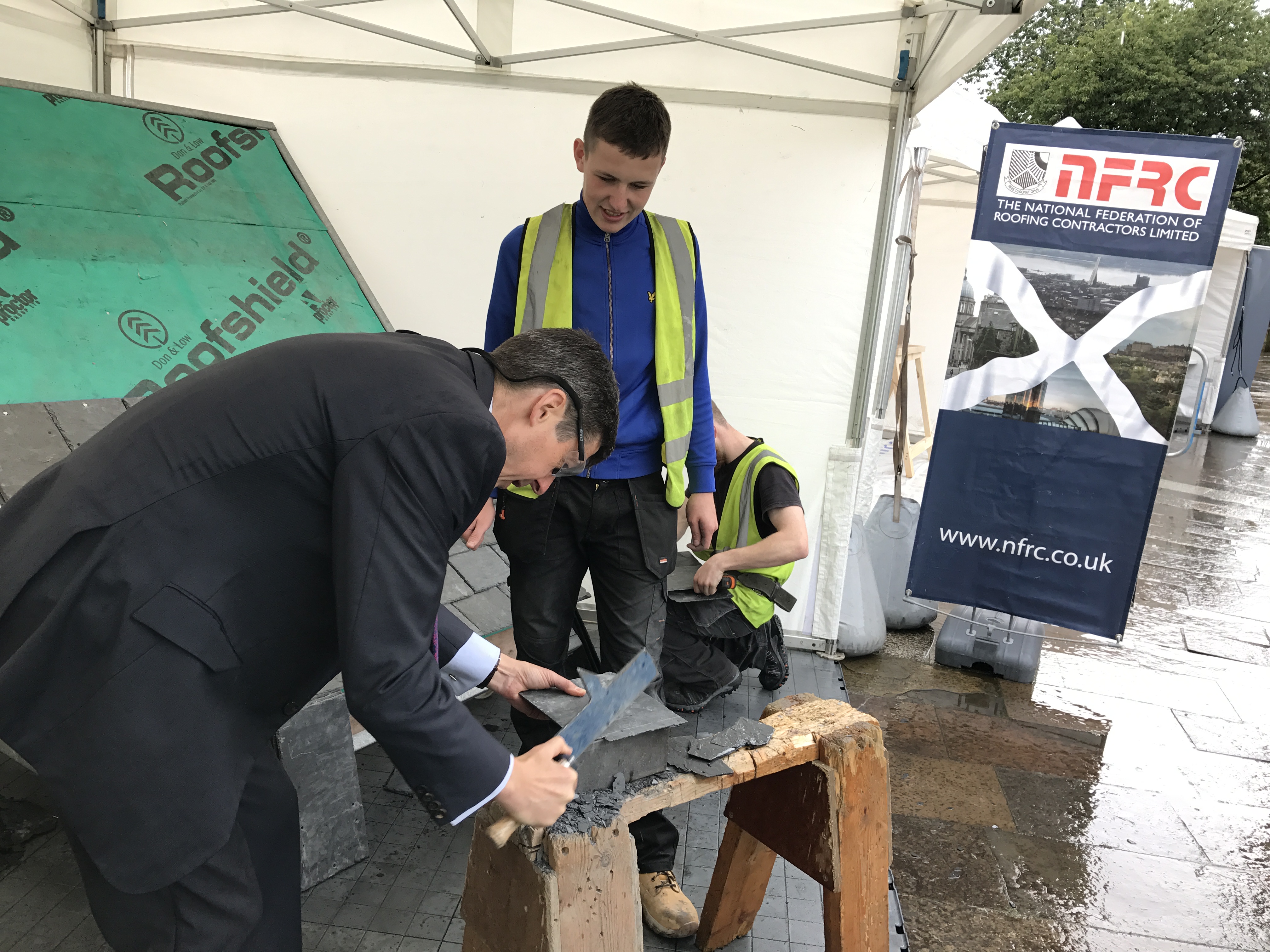 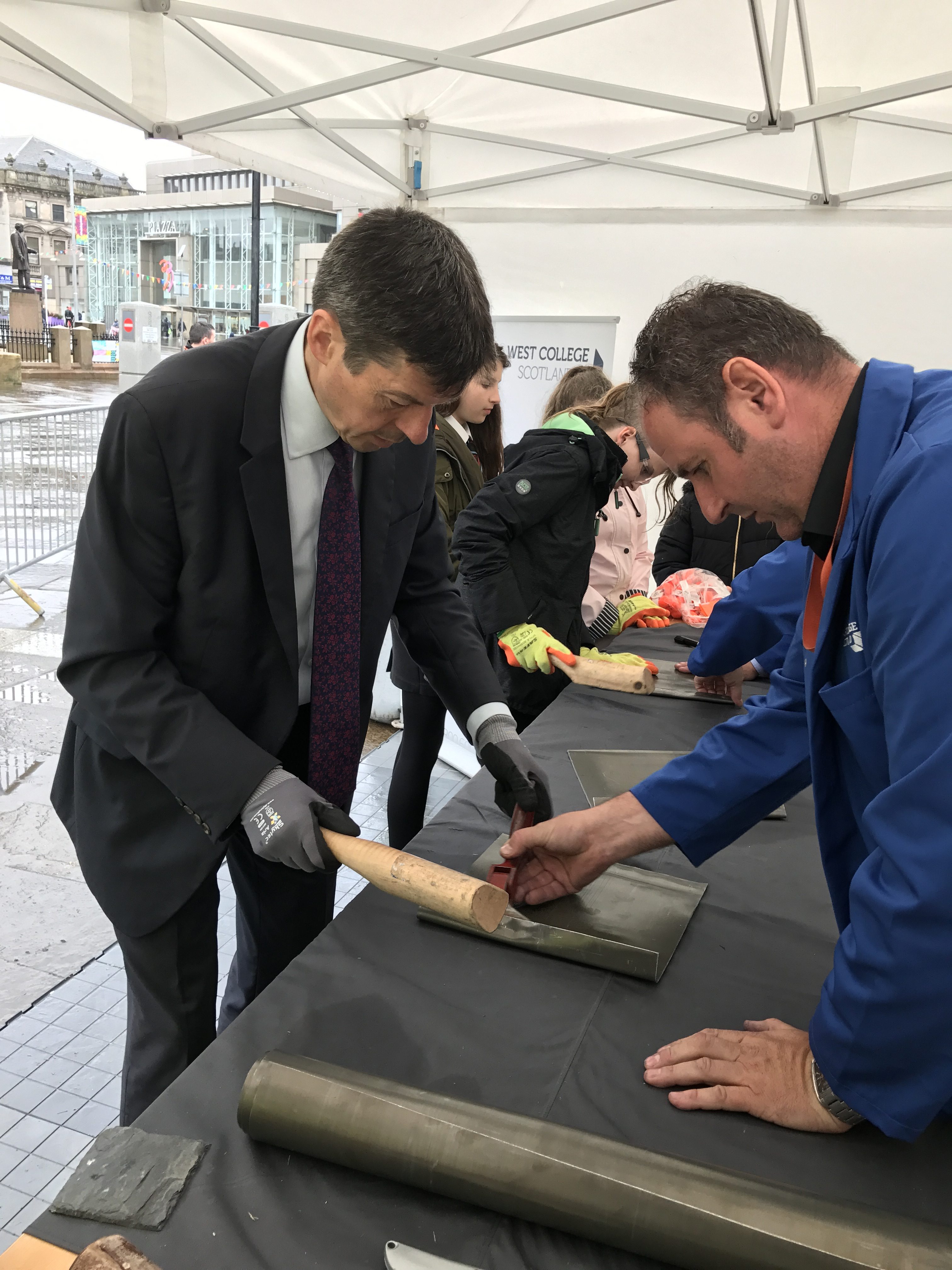