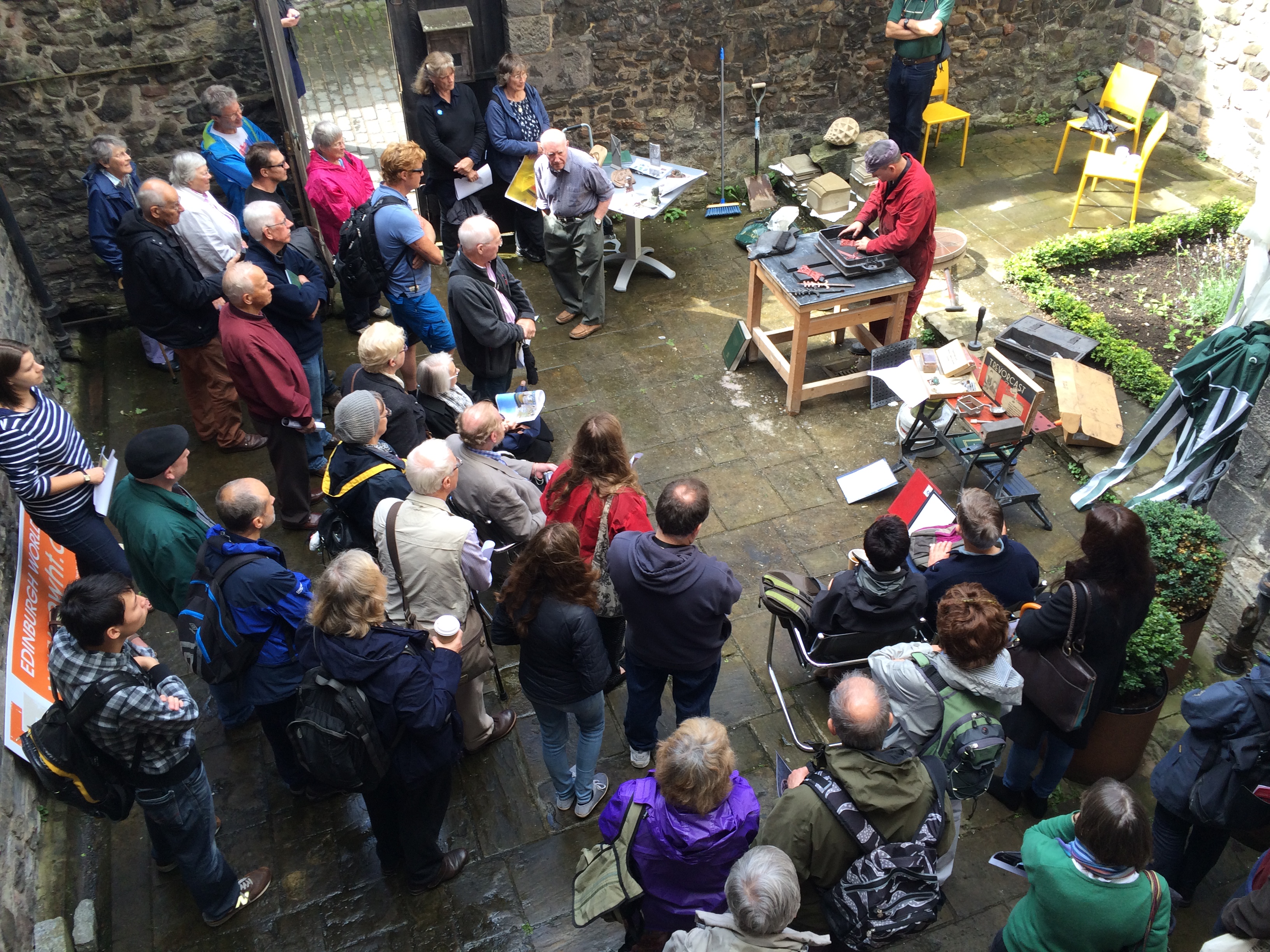 Many thanks to Sarah Boyack MSP (Scottish Labour Spokesperson for Environmental Justice) for laying the following motion to the Scottish Parliament.

Edinburgh Traditional Building Festival 2015
That the Parliament congratulates the Edinburgh Traditional Building Forum for delivering the fourth sell-out Edinburgh Traditional Building Festival from 25 to 29 August 2015, sponsored by the Construction Industry Training Board (CITB) and the Stone Federation Great Britain; recognises the efforts of the forum in celebrating Edinburgh’s traditional buildings, bringing together experts with the wider public in order to demonstrate knowledge and skills in areas such as roofing, painting, iron casting and stonemasonry and thanks each of the presenters for giving up their time free of charge to share their passion for traditional buildings; recognises that the festival was a collaboration between the National Federation of Roofing Contractors, Architecture and Design Scotland, Historic Scotland, CITB, the Built Environment Forum Scotland, the Stone Federation Great Britain, Edinburgh World Heritage Trust, the British Geological Survey, Edinburgh College, the Scottish Historic Buildings Trust and the National Trust for Scotland; believes that this collaborative approach plays a vital role in widening the public’s understanding of the importance of maintaining Scotland’s traditional buildings with the right knowledge and skills, and thanks each of the organisations for their ongoing efforts to protect and maintain Scotland’s historic built environment.