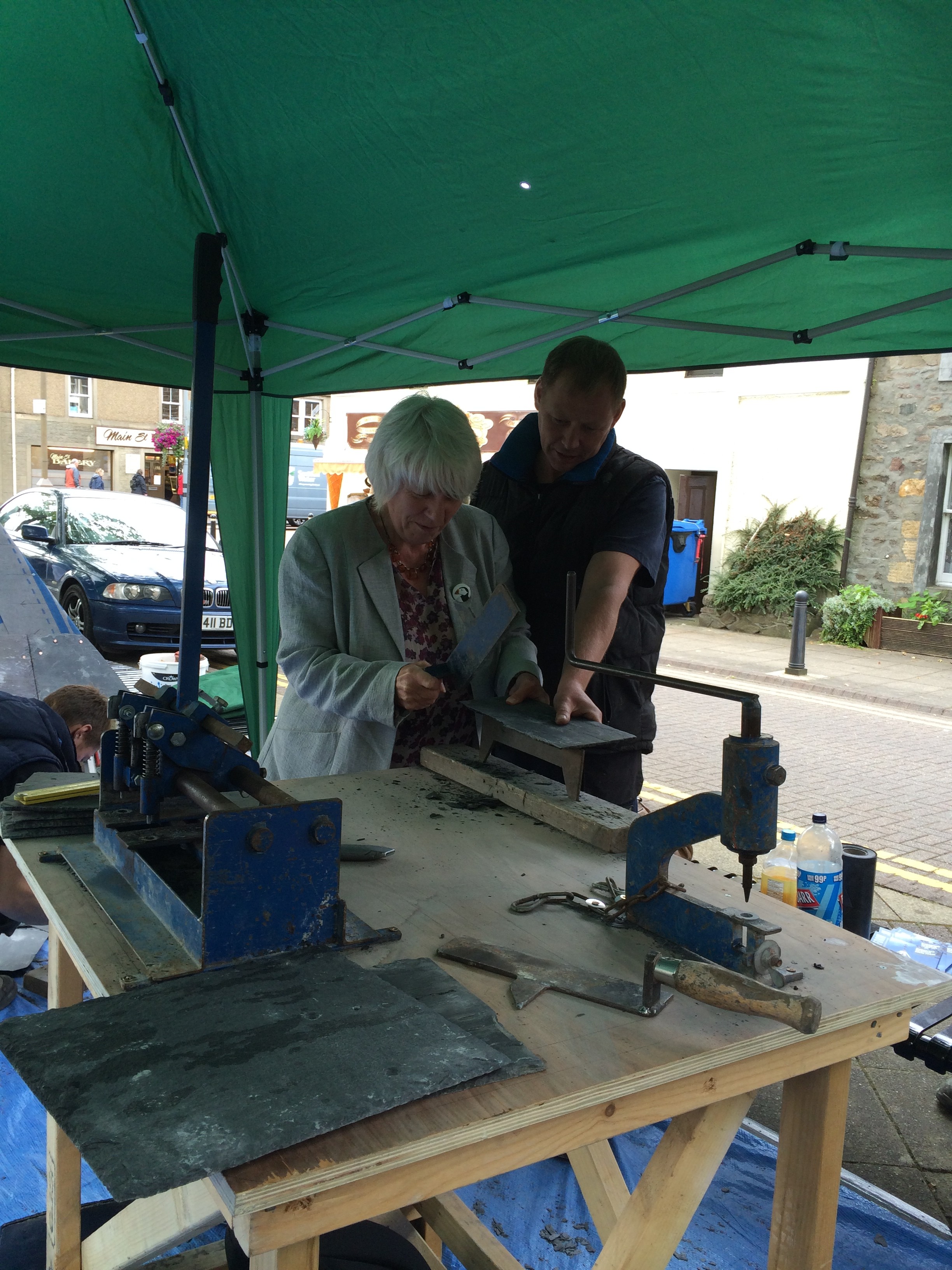 Thank you to Jayne Baxter MSP who kindly laid a Parliamentary Motion in the Scottish Parliament after attending the Traditional Building Skills and Materials event in Callander during September.

Jayne spent a considerable amount of time talking to the apprentices and having a go at traditional roofing slating, painting & decorating, joinery, stonemasonry and the 3D scanning. 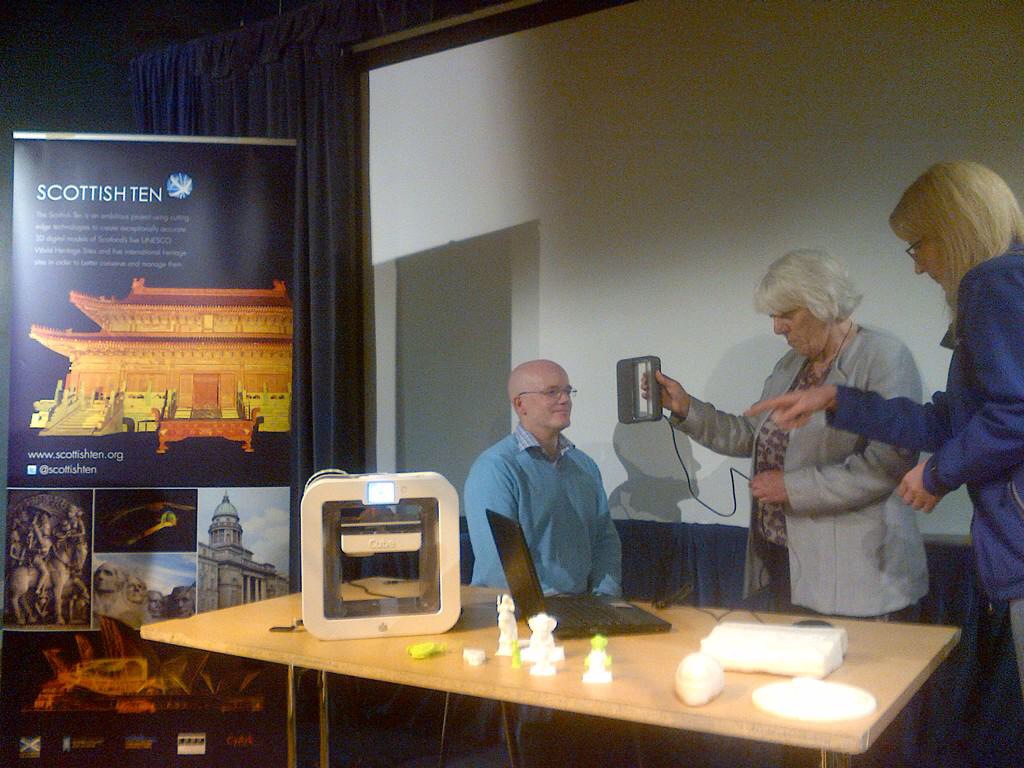 That the Parliament welcomes the Traditional Building Skills and Materials event that was held at Ancaster Square in Callander on 17 September 2015, which featured apprentices demonstrating traditional building skills, including masonry, slate roofing, joinery and painting and decorating; understands that the event was a collaboration between Stirling City Council, Loch Lomond and The Trossachs National Park, Historic Scotland, Forth Valley College, National Federation of Roofing Contractors and the Clanranald Trust for Scotland; notes that the event was open to members of the public with the aim of highlighting the importance of traditional building skills in the construction sector and brought together pupils from McLaren High School with local apprentices; believes that practical demonstrations of traditional building skills provide a platform to promote the construction industry and the many varied and desirable career paths that it can offer, and welcomes the ongoing work of all partner agencies to draw attention to the necessity of traditional building skills and, in turn, help to create a hi-tech, world-class industry with outstanding career prospects, helping companies to skill-proof their businesses, invest in skills and plan for the future.